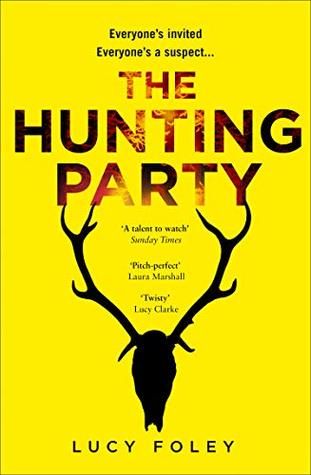 This was an incredibly interesting book. I’ve read several novels which alternate between different characters’ narrations, but this took that to a whole new level. Not only did we switch between characters regularly, we even switched between first and third person narrative. I found this a very unique choice.

At first, I will admit that the sheer number of different perspectives was a bit overwhelming. It was hard to keep up with who was who. But as I got further into the story I was able to make sense of things more, and I could tell what was important to the story and so on.

This is, essentially, a ‘whodunit’ kind of book. There is a large group of people isolated in the middle of nowhere, and a dead body. One of these remaining people must be responsible for the murder.

As well as the switching narratives, the story flips between ‘before’ the murder and ‘after’. Most of the first part of the novel is before, and we begin to learn about the group of guests’ past and relationships with one another. Bit by bit we see that everything is not quite as rosy as it first seemed.

The way the story slowly unravels was fantastic. Thrilling, exciting. And the number of revelations that are revealed one by one… As the reader, we don’t know which of these is important, and which is just a red herring. Everyone seems to have their issues, but does that mean they’re capable of murder?

Once I got familiar with all the different characters and plots going on, I really enjoyed this. The pace increased dramatically toward the end, making it hard to put the book down. I’m giving this 4 to 4.5 stars.

Check out the shop!